Kimberly Loszewski is one of the reasons that Pittsburgh is recognized as the fastest growing and most exciting of any U.S. city today. That’s because Kimberly is a proven entrepreneur who seizes opportunities and creates success. As a founder of both Savvy Marketing Group and Penn Film Group, she is transforming the city with innovative business solutions that are making a significant impact on the Pittsburgh region and the people who live and work here.

Penn Film Group, an independent film company, was inspired by Pittsburgh’s burgeoning film industry. Kimberly wanted to be part of this growth and realized that a niche existed to create a company for independent films. Today, Penn Film Group provides the resources needed to film a major motion picture in Pittsburgh, from company-owned scripts, esteemed A-list actors, state-of-the-art production studios, renowned producers, creative marketing and promotion, and all of the behind-the-scenes talent needed to create the next blockbuster hit.

Now celebrating its 10th year, Savvy Marketing Group’s success is due in large part to Kimberly’s non – stop energy and dedication to the marketing and film industries, and her clients, who consistently refer other companies to the firm.

Family means everything to Kimberly, which is why her companies provide family sustaining jobs to both experienced professionals looking for challenging projects and young talented individuals seeking exciting experiences early in their careers. In fact, Kimberly is committed to providing rewarding career opportunities and fair pay to eager graduates of the city’s acclaimed universities so they can grow their careers and their families in Pittsburgh, just like her.

Kimberly’s entrepreneurial spirit, leadership qualities, and loyalty to those she engages in business was recognized by Smart Business Pittsburgh who presented her with their Pacesetters Award. It recognizes leaders who are setting the pace for the region through work in their own organizations and their personal commitment to the community as a whole.

Willie is a highly experienced director of finance, having worked for over 20 years within several national and regional advertising and marketing firms, with multiple offices across the country.

He has held senior financial roles and positions on the firm’s executive staff, serving in various capacities from senior vice president of treasury and revenue, controller, and chief financial officer. Within his positions, Willie has been responsible for overseeing cash, investments, and asset management, internal controls, financial procedures, and developing information technology systems. He has also worked closely on audit reporting, legal, and regulatory compliance.

Willie’s vision for the company is to establish strong financial relationships and strategies as his operational standard within the independent film industry.

Kevin Hicks is the Director of Development at Penn Film Group and has been involved in the entertainment industry for over 20 years in a variety of roles including producer, manager and executive. He is currently the Head of Development and formerly the Senior Agent of Film and Television with The Talent House, which from its New York and Toronto offices manages actors, writers, directors and producers in Film, TV and Theatre projects around the world.

Kevin is a former V.P. of Business Development for New York – based Soup Kitchen Films. Among their achievements was the film “Carry Me Home,” distributed by MGM and Showtime which won two Emmy Awards and a Humanitus Award nomination. He has acted as a development and finance executive on film production and media finance with Wesley Clover Media, Saga Capital NYC, AIC Animation, as well as American United Entertainment. Kevin spent several years as the VP of Awesometown Entertainment, and was a co-founder of the Muskoka Animation Studio, which most recently produced GET SQUIRRELY with John Williams (SHREK).

In 2002, Kevin founded the Waverley Road Company and produced and directed a series of concerts which raised over $4 million for charities including Sick Kids Hospital, Children’s Wish Foundation, Kids Help Phone and A.L.S. Canada.

Kevin began his career as an original member of Toronto’s Eclectic Theatre Productions. Eclectic’s projects have been nominated for or won more than forty major theatre awards. Kevin is a Past President of Equity Showcase Theatre, Canada’s foremost training centre for Professional Actors, and a Past VP of the highly acclaimed Harold Green Theatre, and a current Director of the Ted Reeve Hockey Association.

As founder of American United Media his talents include a variety of entertainment, banking corporate finance, production, digital media, and management with over 11 years industry experience. He is an executive with a 20-plus year career as a strategist, operator and brings a unique blend of creative passion and fiduciary diligence to every project and is currently the West Coast Director for the National Eagle and Angel Association, a group helping fund small and microcap companies.

His strategy and product development group focus on generating digital media and entertainment-based solutions. He has also worked with product development technology departments at Sony, Intel, IBM, Philips, AMD, Microsoft, Samsung, Toshiba, Western Digital, SIemens, Seagate Technologies, and Texas Instruments. – His media and entertainment sector experience is second to none, with associates like Ronald Shusett, Productions (of “Alien” and “Minority Report” fame), Tom Sherek former President of Academy of Motion Picture Arts and Sciences and former Fox Films Executives. He specialized in and excelled in all aspects of the production of Media and feature films (“Bullet”, “Across the Line”, “Confessions of a Pit Fighter”, “Lake Dead” and “Hotel California”).

Prior to American United Media Mr. Rodriguez was Executive Vice President of Colonial National Bank Corp., where he directed 16 Southern California Branches that averaged 2 Billion in loan funding per year with his knowledge of wholesale correspondent lending, retail mortgage lending, operation, and secondary markets. He also led SVA one of the largest China public consumer electronic manufacturing companies as Vice President and was one of the founders of ABS Systems and Newegg.com one of the largest Billion dollar online retailers in North America.

As a boy growing up in Pittsburgh, PA, Jimmy Hoyson took guitar and piano lessons but never aspired to be a professional musician. He attended Keystone Oaks High School and often found time to jam with local musicians. His shyness kept him from performing live on stage but his meticulous production style and passion for music led him into the studio.

Hoyson worked his way through college at Hollowood Music in McKees Rocks where he met touring bands like the Granati Brothers and Norman Nardini. These introductions quickly turned into friendships with the bands asking that he mix their live performances. It was here he found his calling in music, “I wanted to create something lasting and memorable. Live mixing was fleeting.” This was the start of his dream of working in recording studios.

After Hoyson graduated from The University of Pittsburgh in 1984 he left for Los Angeles to pursue a career in music. With little more than his guitar and $100 in his pocket, he stayed with a friend in LA working odd jobs to make ends meet. Through a chance encounter Hoyson was introduced to the owner of Hormel Foods who just happened to own The Village Studios, a world-renowned recording studio. Hormel liked his tenacity and soon offered Hoyson an entry-level position at The Village. He started in the video department.

His first day at The Village, Pink Floyd, Talking Heads and Eric Clapton were booked in the legendary rooms. Soon after he found himself in the video editing room with David Byrne of Talking Heads demoing the opening edits of his film True Stories. In time, Hoyson moved from the video department into the studios and began working on album projects. His first session was with guitar hero Yngwie Malmsteen.

His hard work, easy demeanor and impeccable ear elevated him from getting coffee for artists to recording and mixing Grammy winning albums. Hoyson also spent time at film-oriented facilities like Signet Studios where he learned mixing in surround and recording music for film.

Later, Capitol Studios in the Capitol Records Tower hired Hoyson where he continued to hone his craft as a staff engineer. It was here he immersed himself in the art of Big Band recording and scoring for television – all the while continuing to work on records.

Currently, Hoyson has returned to his native Pittsburgh as Chief Engineer at The Vault Recording Studio. He still travels nationally as a freelance producer and engineer and is also working with Pittsburgh-based film production companies on their scores and soundtracks. Hoyson is constantly seeking out new talent and giving back to the community. He’s been a guest lecturer at Point Park University where he hopes to inspire students to follow their dreams!

James Campolongo has been in the transportation industry for over 30 years and is internationally recognized as an expert in the transportation field. He served as President of the Pennsylvania Taxicab and Paratransit Association from 1994-2005, as well as President of the Taxicab, Livery, and Paratransit Association (TLPA) in 2005.

James began his career as Director of Marketing, but was rapidly promoted to General Manager in 1993, and then President and CEO in 1994. As a direct result of his leadership, the Pittsburgh Transportation Group currently ranks among the top companies in the United States. Yellow Cab (dba zTrip), one of its divisions, celebrated its 100th anniversary in 2013. He has been instrumental in the rebranding of Pittsburgh Yellow Cab to the national “zTrip” taxi product – a hybrid of ride-share app as well as traditional taxi.

He has received extensive recognition not only for his achievements in transportation but in many other noteworthy causes in and around the region.

Locally, James is known as a charitable community activist. In addition to his many board positions and affiliations listed below, he is particularly proud of his involvement with YMCA’s Camp-Kon-O-Kwee. Over the past 18 years, he has helped raise hundreds of thousands of dollars for the camp and its worthy programs. Because of his generosity and commitment to local charities, James is a past recipient of the National Limousine Association’s Community Service Award. 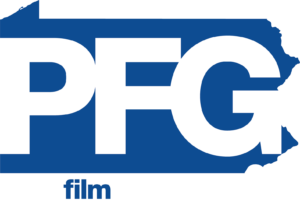